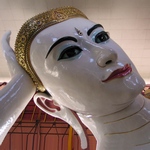 Far too often one sees requests from users asking when the next version will be released.

A quick look at the History of Changes will tell you that new releases of PDF-XChange are fairly frequent — on average about once a fortnight, but there is no guarantee when the next one will be. The Schedule of Planned Features will also give you a rough idea of what to expect later.

Honestly, what is the point of asking when the next update will be released? Will it make it happen any sooner? I have seen Tracker Support reply patiently to dozens of such requests over the last year, but whatever they say, the result is always the same. Updates are released when they're ready. If a scheduled date is given, you can be sure of one thing — it is not sure whether the release date will be met or not. It depends on whether the update is ready or not. That is the nature of software development. What would be the point of releasing a product with known bugs on time? Even so, new releases often include at least one or two new bugs. Almost all software does.
Windows 10 64-bit • AMD A10-6800K, 8 Gbyte RAM
Review: http://www.softerviews.org/PDF-XChange.html
Top

Bhikkhu Pesala wrote:...Honestly, what is the point of asking when the next update will be released? Will it make it happen any sooner?...

True, of course, but the chronology is rather straightforward and quite comprehensible:


So, it really comes down to expectations. Whenever a company makes a promise and then fails to fulfill that promise, customers tend to become upset; they ask questions and point fingers. Companies would be well advised to do less "over-promising" and more "over-delivering". That way customers are pleasantly surprised rather than irritated when they don't get what they were told they would be getting.
Top

The only safe route would be to promise nothing at all, but that is not what users want either. Users need to understand that bugs with higher priority must be fixed before bugs with low priority. If a bug with high priority is found after a promise is made to fix a low priority bug, then promises will appear to be broken — even though they were made in good faith at the time. See the caveat at the bottom of the feature schedule page:

As we have mentioned before software development is problematic and can just as you near the end it can throw something up that can take days to fix, however it is also a reflection of our development team and Managing Director that they will not rush a release knowing it has any major flaws.

Our development team are in my opinion the best in the business and work an amazing amount of hours not only developing the product but providing support, and I am confident that we provide one of the best end user to company interfaces of our competitors were are clients and customers take part in the development of our product .

If we miss the date for a release by a week or so it’s disappointing for all , but we would rather get it right!

Tom - Tracker wrote:...If we miss the date for a release by a week or so it’s disappointing for all , but we would rather get it right!

I agree completely; getting it right should take top priority; releasing something that's half-baked is not a good idea as it can only alienate users.

On the other hand, the following statement from support was recently posted in another thread:

"Printing subsystem of the viewer will be rewritten into build 40, and problem with default paper will be fixed."

The latter issue was reported around 2 months ago while other printing issues were reported long before that. So, although I agree that 'getting it right' is of the utmost importance, you can't expect users not to be disappointed when such issues are allowed to persist for *months* without being resolved.

The foregoing notwithstanding, I hasten to add that I appreciate the hard work of the development and support team and firmly believe that your product is generally excellent and, IMHO, the best currently available.
Top